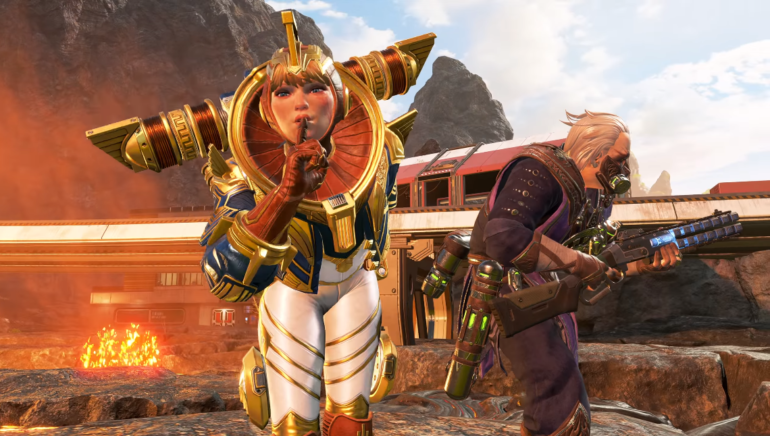 Grab your bow ties and boas, Apex Legends is in store for some fancy fun. The battle royale kicks off its Grand Soirée Arcade event next week and fans of the battle royale are invited to try out new rotating game modes in a ’20s-themed celebration.

The Grand Soirée is themed after the Roaring Twenties and will include a new limited-time arcade, which rotates between seven new game modes. The rotation cycle will include a few familiar faces as well as some never-before-seen modes, including Third Person Mode, Armed and Dangerous, and Kings Canyon After Dark. Modes will cycle out every two days, with Gold Rush Duos kicking things off as the first mode of the event.

Players will be able to earn points in Apex’s new Event Prize Track, in which players can complete mode-specific challenges to collect Arcade points. Fans can then spend those points to unlock exclusive challenge cosmetics, such as new golden skins for the Peacekeeper and Mirage.

Like previous events, the Grand Soirée will feature a direct purchase shop where players will be able to buy event-exclusive cosmetics while the event is live. The shop will rotate through skins each week and will include several of the new legendary skins. Players will also be able to unlock each of the event’s six new legendary skins from Apex packs or with crafting materials.

The Grand Soirée Arcade event kicks off Jan. 14. Fans of the battle royale will have two weeks to play new game modes and unlock all the cosmetics they can before the items are vaulted.