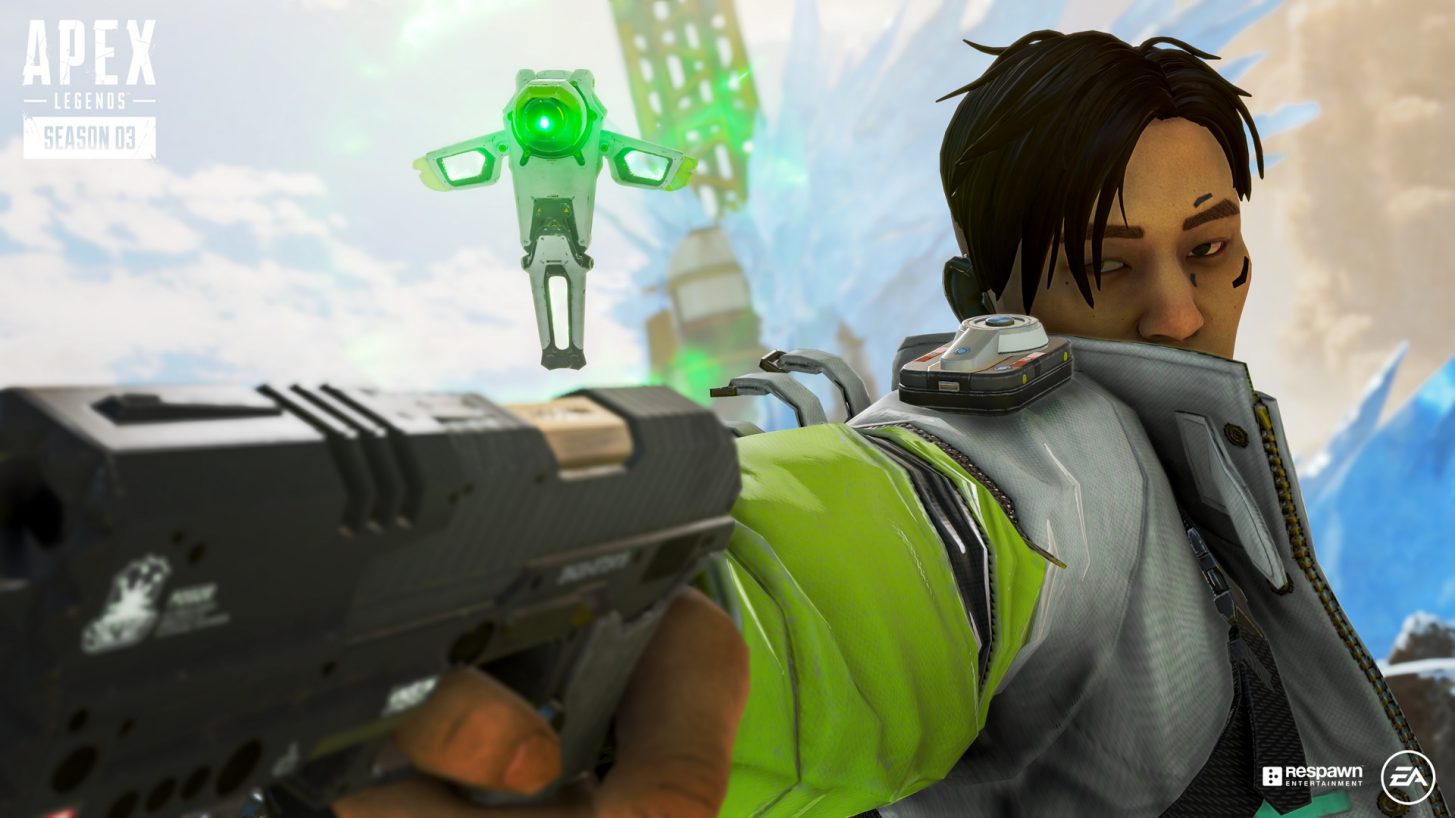 An unlucky squad in Apex Legends was bombarded by six Crypto drones tracking their every move yesterday.

Crypto’s drone is a useful tool that allows players to gather intel on their surrounding area and identify enemies for their teammates. A few creative players also recently discovered the drone can be used as a helicopter when combined with Pathfinder’s grapple. An enemy team can normally counter one or two Crypto drones with ease and will rarely encounter more than that at a single time. But yesterday, a squad in Apex encountered six drones at one time and they were completely overwhelmed.

A Reddit user uploaded a clip of their point of view while using Crypto’s drone. The player saw another drone chasing a team, so they decided to join. When they caught up with the enemy, they realized at least five other players had the same idea.

The enemy team desperately attempted to outrun the drones but couldn’t lose them. Crypto’s ultimate releases an EMP from the drone that damages nearby players and slows them down. Six drones could wipe an entire team if they worked together, but the drone pilots had another plan.

The Reddit user confirmed EMPs were used but not to harm the team they were chasing.

“Oh, and yes… there were multiple EMPs,” the Reddit user said. “Except we EMP’d the squad that tried fighting them.”

The drone pilots provided air support for the squad and helped eliminate an enemy team that was unlucky enough to cross their path. The situation turned out to be a fun experience for the teams involved and an event that likely won’t occur again anytime soon.