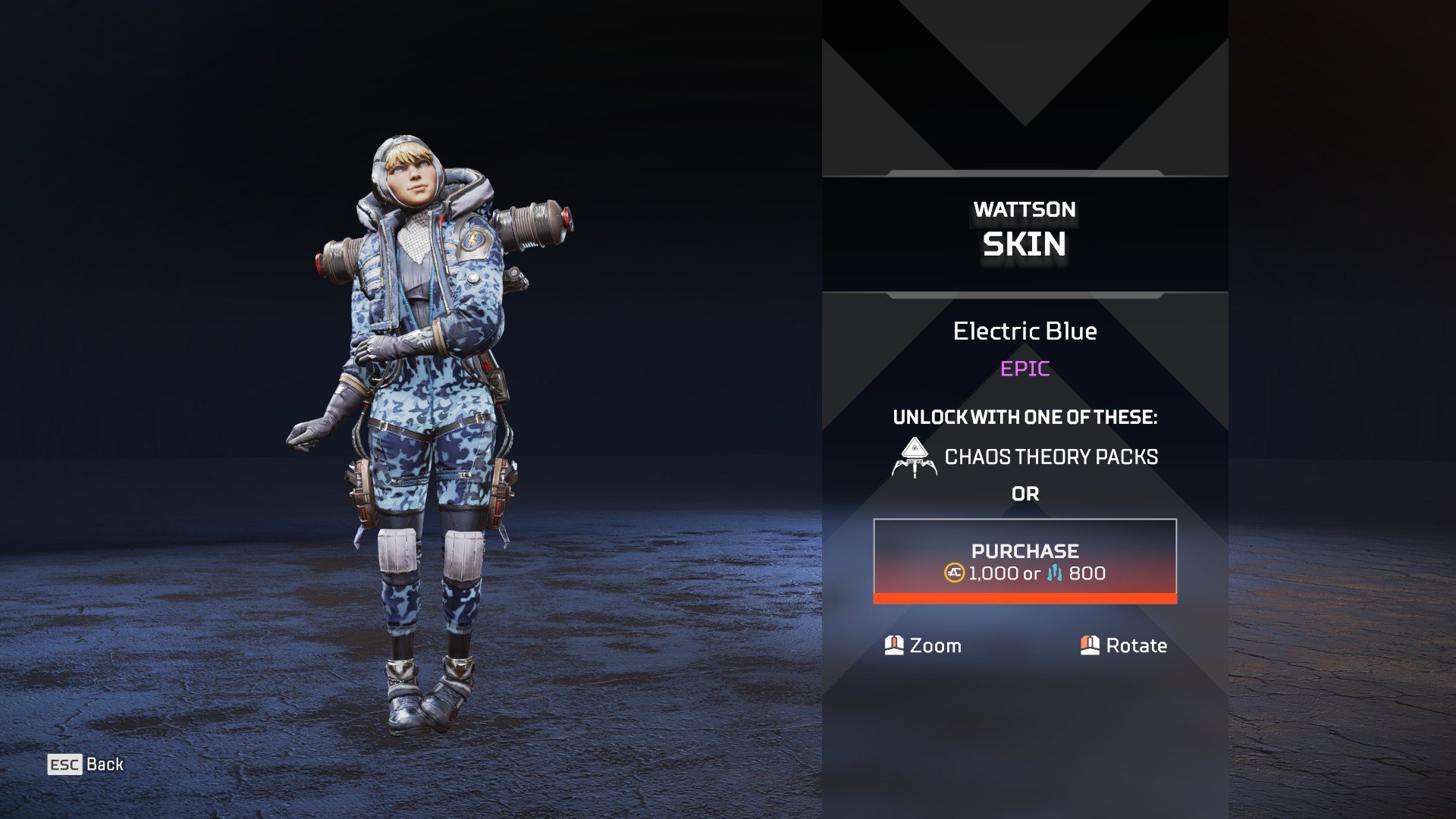 Players who bought Wattson’s Electric Blue skin in Apex Legends’ Chaos Theory event will get their Apex Coins back and get to keep the visual in their loadout. Respawn is issuing refunds to players after a texture bug made the skin look completely white.

The new skin made its debut as part of Apex‘s Chaos Theory event on March 9 and costs 1,000 Apex Coins ($9.99) or 800 Crafting Metals. It dresses Wattson in a spotted pattern and a palette with different shades of blue. A texture glitch, however, made it look entirely white to all players.

Respawn has issued a hotfix to patch out the texture bug and to ensure the new visual is working as intended. The company will issue refunds to “anyone who bought the skin before the fix went live” and refunded players will get to keep the fixed cosmetic as a bonus.

The missing texture bug created two main scenarios of friction between Respawn and players. Some users bought the original cosmetic and were dissatisfied with an all-white version. Others acquired the skin without any textures and were unhappy when it got fixed. A widespread refund to those affected, as well as letting them keep the item, is a measure that seems to appeal to both sides.

Based on the wording of the announcement, Respawn should have refunded players who spent their Apex Coins or Crafting Metals on the skin before a fix went live. Those who got it from Apex Packs, however, may not receive any compensation.