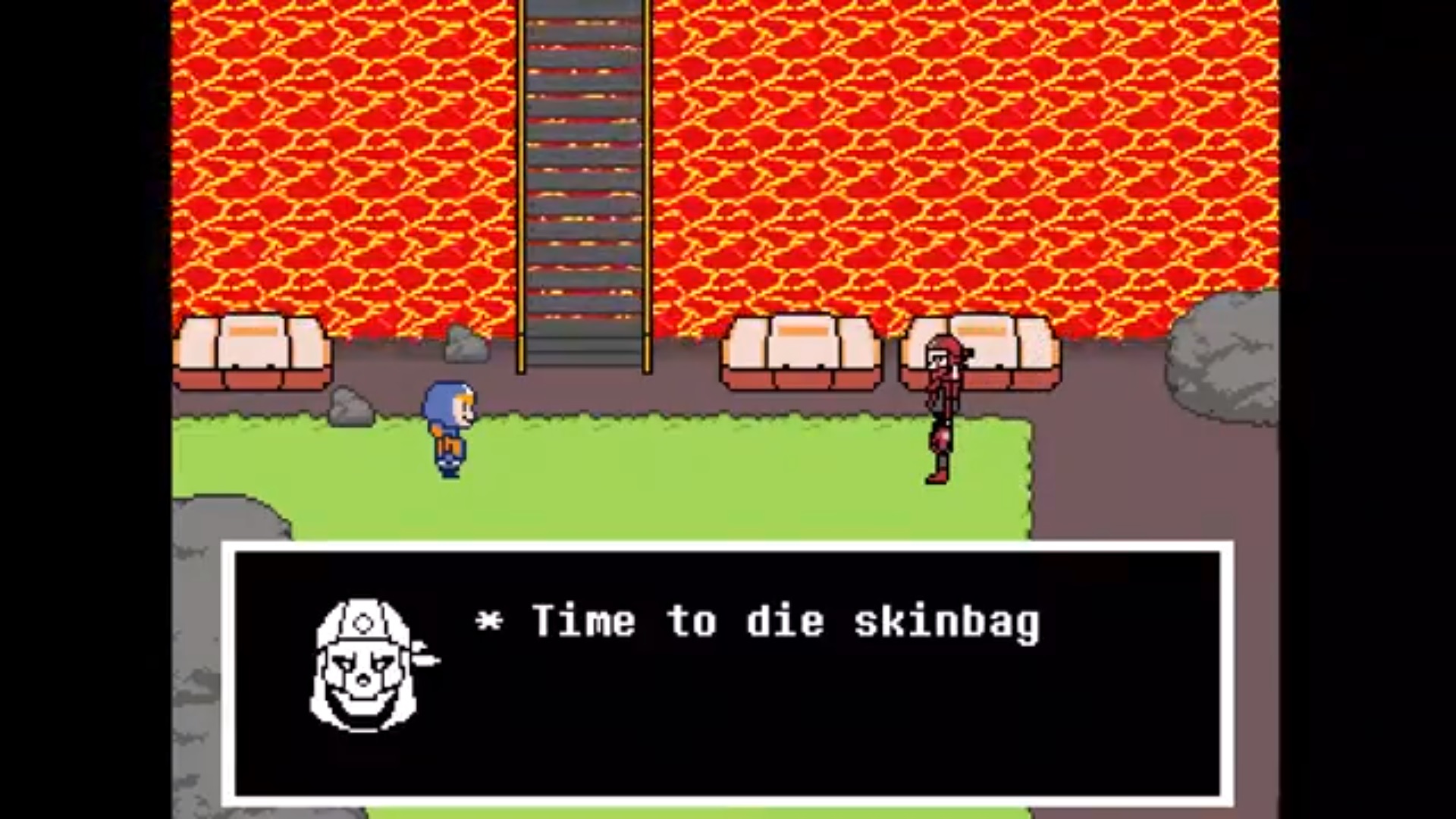 The Outlands aren’t the kindest place in Apex Legends. Legends put everything on the line for fame, money, or simply because it’s fun in the Apex Games. But could the most bloodthirsty legend be placated simply with a stuffed toy?

YouTuber FrozenFoh created a world where that can be accomplished. In a charming animation crossover in the style of Undertale, Apex’s newest bloodthirsty maniac met with one of the game’s kindest souls.

The short clip saw Apex’s Wattson running into Revenant. As expected, Revenant didn’t waste any time diving into battle, but Wattson had a secret trick up her puffy sleeves.

With the battle sequence triggered, Wattson quickly pulled out a Nessy plushie from her inventory. The moment it appeared, even Revenant didn’t have the heart to stab it with a knife.

The short scene ends with Revenant accepting the gift but being unable to show his gratitude to Wattson. Revenant proceeded to make a quick escape, with Wattson left wondering where the mercenary went.

Undertale is a hit role-playing game created by indie developer Toby Fox. Its distinctive pixel graphics, amazing soundtrack, and heart-wrenching story about dungeon-crawling morality has led the game to be dubbed a cult hit and received critical acclaim.