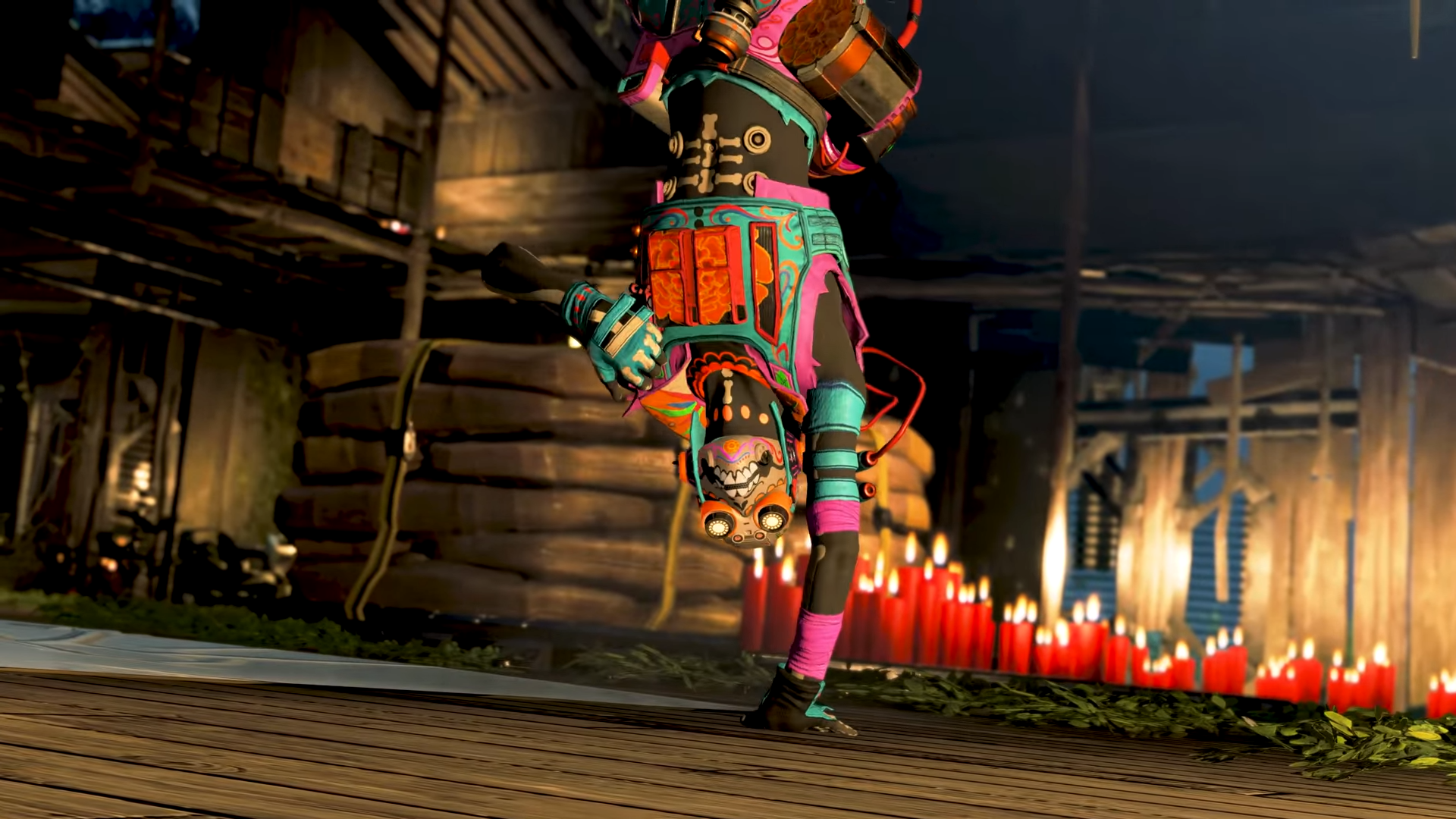 In the right hands, the best shotgun in Apex Legends isn’t a shotgun at all. It’s the Kraber.

Landing even a body shot up close with the game’s fearsome sniper rifle isn’t an incredibly difficult task and can turn the tide of a fight. All of that makes awareness of a Kraber at play incredibly important and good player movement can be key in dodging some of those close-range attempts.

But you probably haven’t seen a player dodge a Kraber like this before.

Popular Apex content creator BacKoFFmyJanKz, staring down the last opponent in his lobby, decided to have a little bit of fun with the Wattson waiting behind a closed door, crouch spamming and then emoting. The particular emote his Octane performed was a backflip. And it was at that moment that the Wattson tried to hit him with the Kraber.

Luckily, Reddit user mcmunch20 had the slow-motion replay to see just how perfectly the emote dodged a bullet that almost certainly would have taken 145 damage out of JanKz.

The Kraber bullet traveled directly under Octane at the height of his backflip. Making the moment even more cinematic, Octane pulled out a selfie stick and took a picture of himself. The camera flash went off at almost the exact moment the Kraber was fired, too.

It’s the type of play and moment most Apex players can only dream about. And it’s also incredibly difficult to pull off. Just make sure your team has your back before you go running in front of an enemy squad and try to pull off an emote dodge.