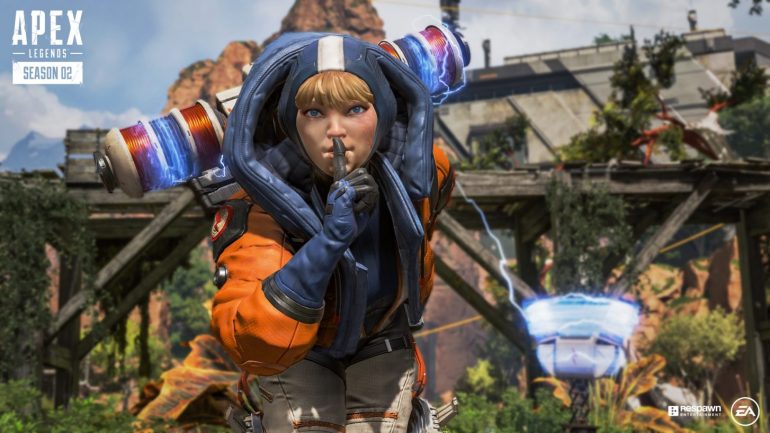 Data miners continue to sift through Apex Legends files in search for leaked information, and one fan found the audio for a potential new weapon.

One data miner, who is responsible for countless Apex leaks, found audio files for a weapon named Jackhammer.

In the video, the data miner reveals the sound for a file named “weapon_jackhammer_fire_3p.”

The audio, which is two heavy-sounding shots, is believed to belong to a shotgun. The data miner explains that it sounds identical to the Leadwall shotgun from Titanfall, the game that serves as the basis for Apex’s universe. It seems that Respawn’s development team might be reworking the Leadwall, and renaming it to the Jackhammer.

Titanfall’s Leadwall fires three projectiles at a time, similar to the Triple Take sniper, and has a 12 shot magazine. The thing that separates the Leadwall from other shotguns is that the bullets can bounce off walls. Though this gun packs a punch in close quarters, it’s power diminishes when fired from long range.

This wouldn’t be the first time that Apex repurposed guns inspired by Titanfall. The Triple Take sniper was called the D-2 Double Take, firing two shots at a time, and the R-99 submachine gun was called the R-97, which had a similar high fire rate and close quarters advantage.

At the very least, Respawn could be using the Leadwall’s sounds for their new weapon. “It could be a new shotgun that simply reuses the old weapons sounds from the Leadwall in Titanfall 2,” the data miner said. “It would certainly save them some development time if they chose that route.”

Respawn’s stance on leaked information is that it should be treated as speculation, not a source of truth.