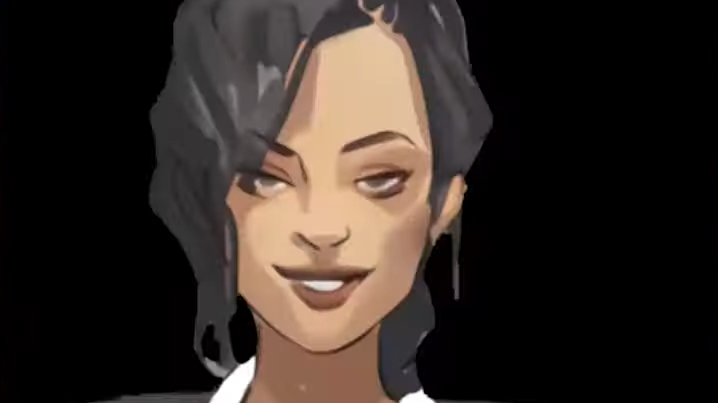 After a Respawn developer tweeted a picture of herself in a motion-capture suit, many Apex Legends fans believed that more character creation on Crypto was in the works. One fan disagrees, however.

In the video, That1MiningGuy explains that Rosie was initially found months ago by another data miner, who discovered a list of unreleased legends including Octane, Wattson, and Crypto. All of the art for those legends was gradually removed from Apex’s files except for Rosie’s.

The data miner then refers to a teaser for Leviathans, the huge hulking creatures that now traverse Kings Canyon, which was released on the Apex Instagram page in June. In the corner of that teaser, there was a sticky note that asked, “What’s wrong with Rosie???” The community has been debating ever since as to whether Rosie is referring to one of the Leviathans or the unreleased legend.

That1MiningGuy theorizes that when Wattson was young and growing up in Kings Canyon, she was possibly being mentored and tutored by the legend Rosie. Wattson may have named one of the Leviathans after Rosie, which is what the sticky note is referring to.

Two days ago, Sanchez tweeted a picture of herself in a motion-capture suit while holding a cane. Although the community believes she was posing for Crypto, That1MiningGuy believes that his character model is far taller than Sanchez and it’s too late to be doing animation for him. This makes Rosie a much more convincing theory.

He also received concept art that shows an unreleased character drawn in dynamic positions, while holding a cane similar to the one that Sanchez was holding in her tweet.

That1MiningGuy believes that this hints at Rosie’s lore. “I find the most interesting thing about them is the character is holding some sort of staff or wand, and the hair kind of matches what we know of Rosie,” That1MiningGuy said. “It could be a huge reach, but perhaps Rosie has suffered a leg injury and now has to use a cane to walk around.”

Although Respawn hasn’t confirmed any information on Rosie, season three of Apex is shaping up to be an interesting one.