The two elements were found in earlier data mining efforts, but seem to be taking shape. 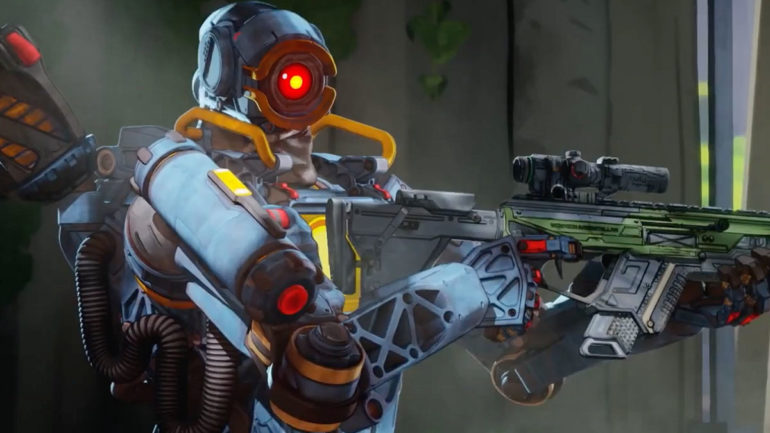 Apex Legends’ Grand Soirée event added a new rotation of limited-time modes and new ways to become the champion today. But it also accidentally hinted at future additions to the game.

Well-known data miner That1MiningGuy found references to a new character and weapon hidden in the game files, in line with his previous findings.

The new legend mentioned is known as “Loba” and was featured in previous data mining efforts under the name “Rosie.” Her alias appears to have changed at some point in development. Apex’s latest update added her executions, models, and some animations to the game files before her official debut.

The game files describe Loba as a Translocating Thief, according to a previous video by That1MiningGuy. One of her skills reportedly allows the legend to throw a disc and teleport to wherever it lands.

A few of the newly-added animations refer to a “ring,” which could be a code for her translocator. The files also mention “tossing,” “holding,” and “sprinting.” It’s possible that players will be able to equip and unequip the gadget, similar to a Gibraltar Gun Shield.

The data miner also explained that some of the abilities found in Loba’s files will allow her to highlight specific categories of loot on the map, see nearby loot through walls, and deploy a device that will steal all loot in the area.

It’s unclear if all the leaked skills will make their way to the final version of Loba or when she’ll reach the live servers. Still, if the leaks are accurate, Loba will be a roguish scavenger with a heavy focus on looting and obtaining equipment.

The Volt submachine gun was also teased by the data miner and spotted in earlier data mining efforts. The weapon was previously referred to as “hemlok_smg” in the game files, but the Grand Soirée update started using its actual name.

The Volt SMG hails straight from Apex’s sister franchise, Titanfall. It’s speculated to be an energy weapon and its addition to Apex would make it the first energy SMG in the game.

Loba isn’t the only data mined character set to join the Apex games. Another legend, Revenant, was found in the game files and seems to be in an advanced stage in production. The mysterious legend was teased during Apex’s Halloween-themed event as the host of the grim Shadowfall LTM.

Apex’s Grand Soirée made its way to the servers today with the Gold Rush duos game mode. The event will feature seven limited-time modes rotating every two days and a myriad of Roaring Twenties-themed visuals for legends and weapons. Players have until Jan. 28 to join in on the action.