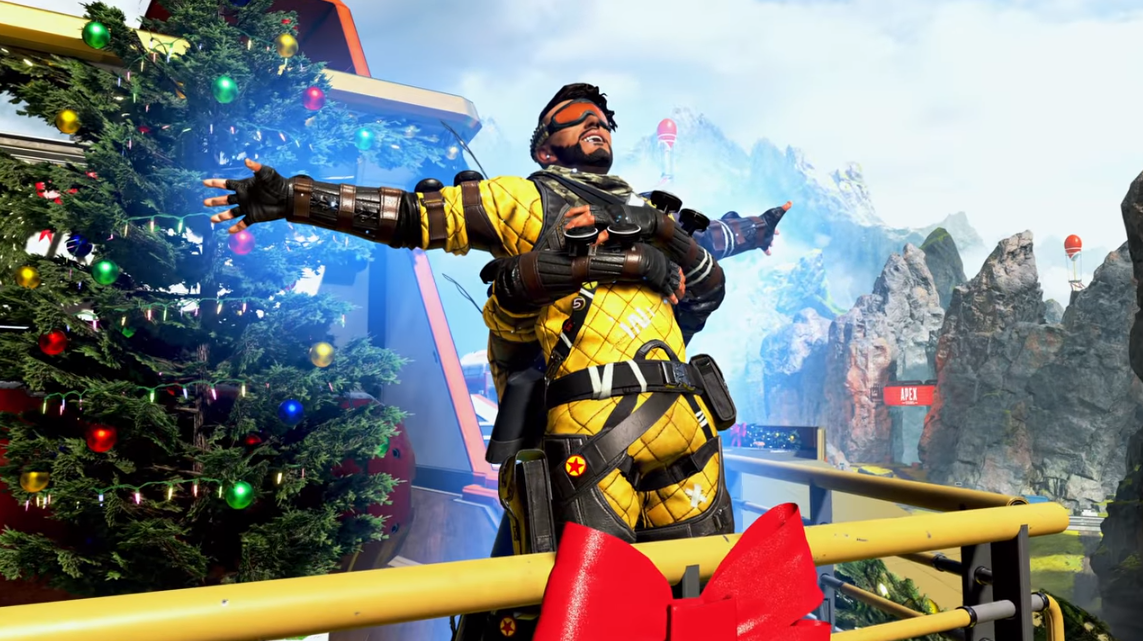 Some Apex Legends players celebrated the start 2020 in one of their favorite places: in-game.

Players tried to celebrate the start of the decade by peacefully gathering at the Mirage Voyage and having a virtual party. The festivity was part of a community initiative born on Apex’s subreddit.

Some fans shared their attempts at commemorating the occasion. In one video, squads dropped aboard the boat just seconds after midnight. After pressing the button to start the party, some legends just stood around walking and dancing to the beat of the song. Some players stopped fighting to dance and have fun, but the celebration lasted under a minute before being interrupted by gunfights aboard the boat.

Earlier this month, a player invited the community to celebrate New Year’s Eve on the Mirage Voyage. The suggestion was to drop aboard the Mirage Voyage shortly before midnight, without attacking anyone in the server, and having a party of sorts.

“Now that Apex has an actual party location with music, lights and fireworks,” they said, “I thought it would be a nice idea to make use of that as a community, for those who for some reason can’t or don’t want to celebrate NYE outside.”

The suggestion gained the approval of some members of Respawn’s staff. “I love this so much, what an awesome idea!” Respawn social media manager Alex Ackerman commented on the post.

In spite of gaining traction, the idea wasn’t put to practice by parts of the community. In that setting, a handful of non-compliant players could derail the plan and put a quick stop to the initiative. The different timezones could also play a role in the disruption.

Some individual players preferred not to join the festivities, and to take the chance to get easy kills instead. “Same happened to me. Only one other person crouched in peace as I hit the button,” a Reddit user commented.

“So at midnight last night I queued up in apex, immediately landed on mirage voyage and started the party,” another player tweeted. “I was immediately killed and thirsted.”

The Mirage Voyage is a new in-game location added as part of Apex’s holiday-themed event, the Holo-Day bash. It’s a futuristic boat that belongs to the legend Mirage, and it’s geared with fireworks, speakers, a hot tub, and a party button – all the components necessary for a great party.

The Mirage Voyage and the Holo-Day Bash are available until Jan. 7. The seasonal event also inaugurated the Winter Express limited-time mode and contains a series of holiday-themed skins for most legends in the game.