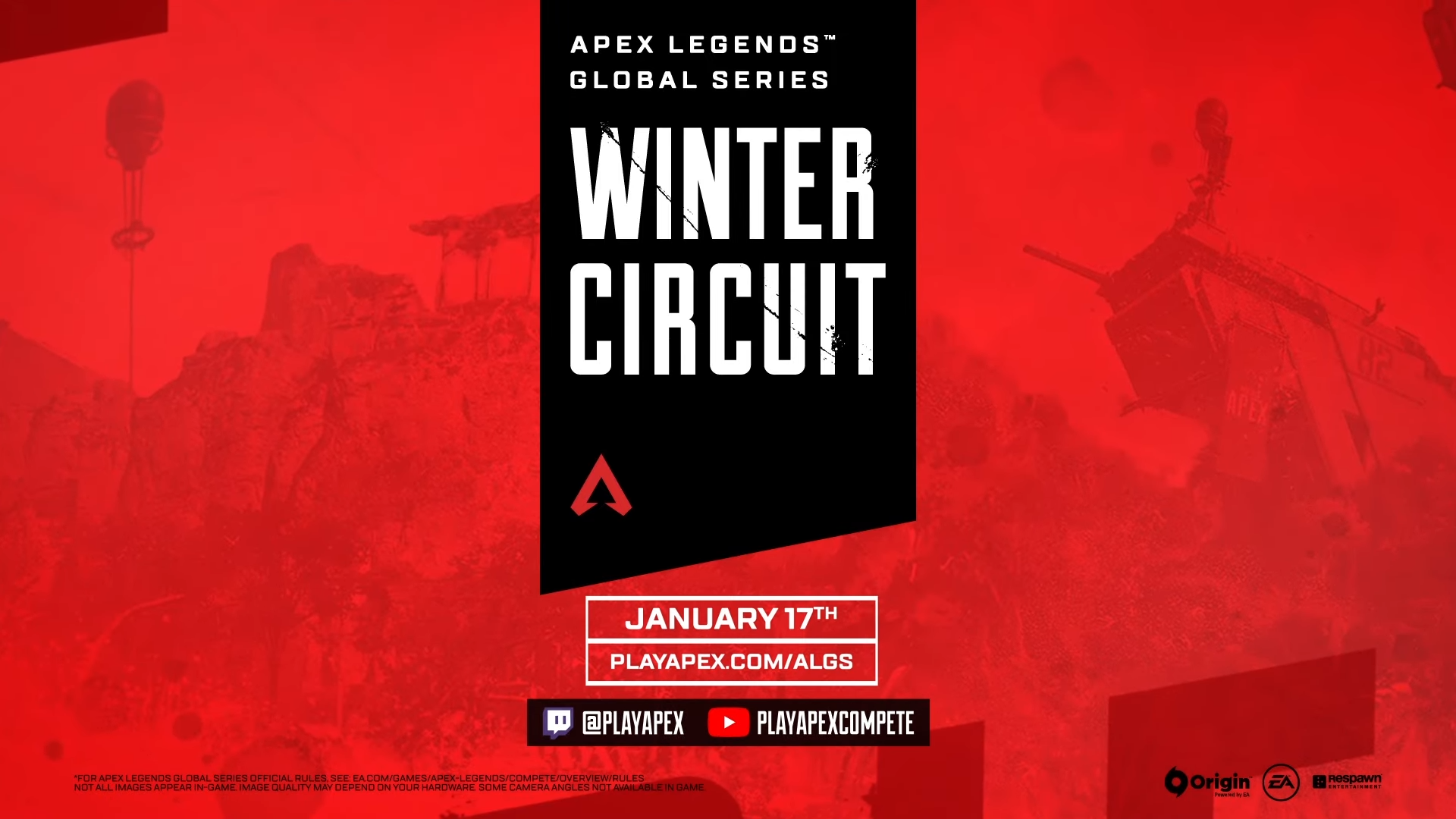 Apex Legends’ esports scene will kick off with a bang next year. Respawn and EA have revealed the Winter Circuit, a tournament that will take up the first quarter of 2021 and hand out a total of $750,000 in prizes.

The competition is comprised of four regional online tournaments that will take place between Jan. 15 and March 7. The last chance qualifiers on March 21 will determine the squads that advance to the playoffs on March 27 and 28. Regular broadcasts will happen every Sunday starting on Jan. 17.

Each online tournament will award up to $6,000 to first place, with a higher prize pool in the Europe and North America regions. The playoffs, on the other hand, will give out between $18,000 and $48,000 to the winners, depending on each region, plus a dwindling amount for the rest of the participants.

With the Winter Circuit, Respawn and EA are doubling down on the tournament format, which has been a staple of Apex esports since the ALGS Summer Circuit earlier this year. The model allows for shorter competitions that roughly line up with new seasons in Apex and helps keep the competition fresh.

Registration for the Winter Circuit opens on Jan. 5 to all players who achieved Gold IV or higher in the second split of season seven by 2pm CT on Jan. 4. Registrations take place on Battlefy, the official platform for the ALGS.