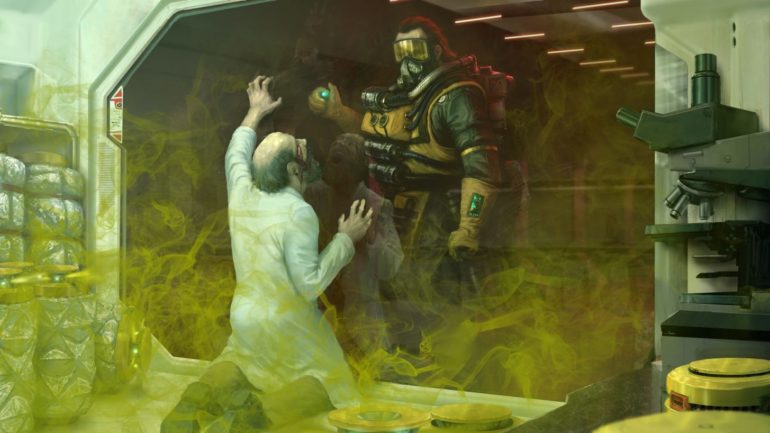 After the Grand Soirée event arrived on the Apex Legends live servers today, data miners have been hard at work to unearth new content hidden in the game’s files. One data miner, That1MiningGuy, struck gold and gave fans of the game a sneak peek at Apex’s next skin included in its Twitch Prime partnership: a red and gold look for Caustic.

The skin appears to be an Epic item and features the Toxic Trapper in his base outfit. The outfit has been recolored, however, and is lined with metallic gold and triangular designs. The skin’s name is still unknown but it’ll be released alongside the skin when the item becomes available for fans to claim in the next couple of days.

This won’t be the first time Caustic has received a skin as part of a Twitch Prime promotion. In October, fans of the battle royale were able to unlock a lime green look for the Toxic Trapper named Chemical Compound Caustic. The skin featured yellow outlines of scientific tools and chemical compounds scattered across the legend’s tunic.

Apex fans only have two more days to claim the Rare Cyber Attack Crypto skin, which became available last month, before the offer ends. Caustic’s new skin will likely go live shortly afterward and will remain available until a full month after its release.

Fans with a Twitch Prime subscription can claim offers from the promotion by simply visiting Twitch’s homepage and clicking on the crown icon next to their profile picture. From there, a banner will pop up underneath the Apex Legends banner with a link to the promotion’s rewards page.