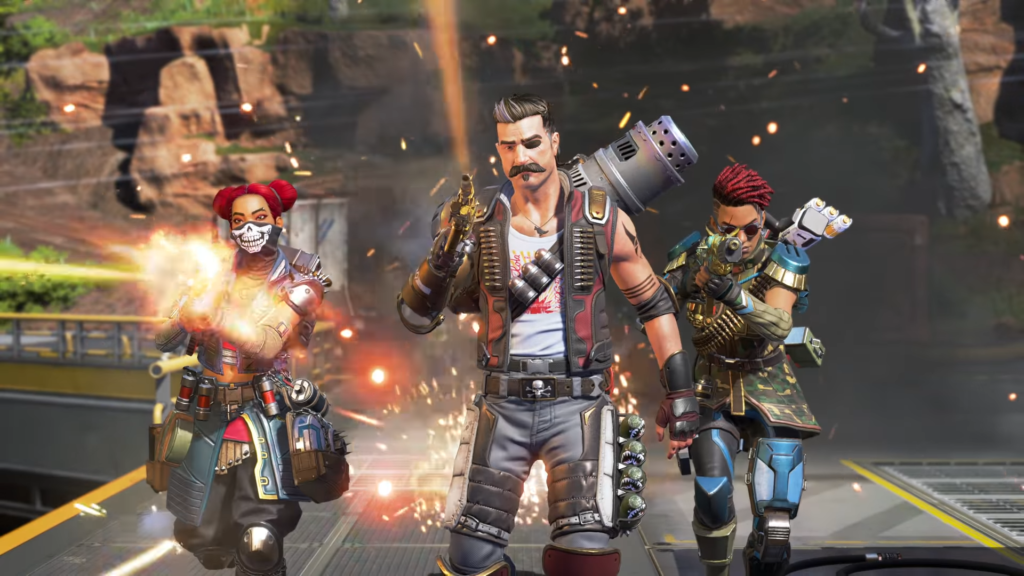 Apex Legends players are running into a bug when landing that makes it look like characters are riding an invisible bike.

The bug occurs just after players hit the ground at the beginning of matches. Gibraltar runs normally for a few seconds, but the bug locks him into a position as if he’s riding a bike. Players can’t pick up weapons while in this state, but they can move around fairly quickly.

It’s unclear what causes the bug, but other players confirmed it has happened throughout the season. It’s entertaining seeing the large character riding an invisible bike, but it also makes it impossible to engage enemies.

Some players believe the bug shows an unreleased feature where Gibraltar can ride a bike or motorcycle, but this is just speculation. Other players reported the bug occurring while using other characters, so it’s not isolated to Gibraltar.

Encountering the bug likely indicates there’s an issue with the servers or your connection to the game. There isn’t a fix for the problem yet and players are forced to join another match if it occurs.

Respawn constantly addresses issues as they arise and several new “stability fixes” were recently added to the game. These updates fixed the glitch that showed some weapons without textures and the developers are still investigating the issue that prevents players from logging in.

The developers will likely address this bug in a future update.