“You will hear Dark Souls music when facing him.” 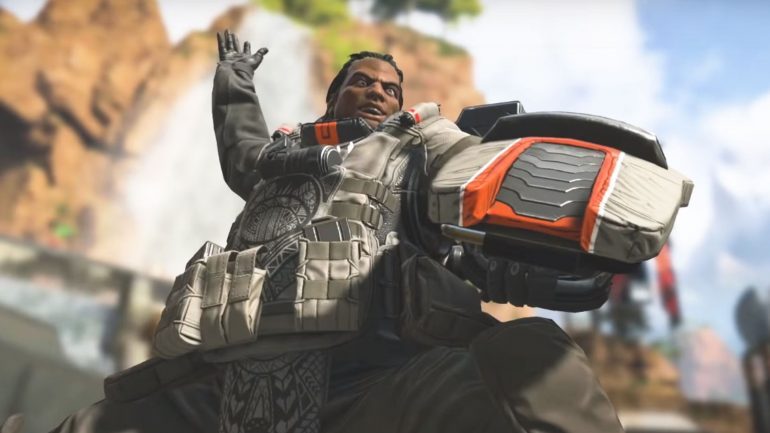 Apex Legends’ Gibraltar received a surprise buff in the latest update. The character now revives allies faster within his dome shield. Many in the community were shocked at the buff. Some considered Gibraltar to be overtuned and occupying the role of a tankier Lifeline, who plays the healer and support role.

Respawn released the patch notes on Apex’s official subreddit. Of course, because this was on Reddit, the users let it all out with jokes. The common theme was Gibraltar’s apparent overtune, and everything was fair game.

“Next patch: Gibby now has 2 hp layers and a second form,” a player commented on the patch notes. “When you kill him, he splits into two smaller versions of Gibby who have less health but are quicker,” another user joined in.

Players also shared their wildest, most humorous predictions for the future of Apex if Gibraltar’s rampant buffs continue escalating. A user shared that “his ultimate teleports every lifeline to a guillotine as he reads off her old tweets to the arena” and changes Dimensional Rift cooldown to “three days.” Another user jokingly gave him Wraith’s Into the Void in the Firing Range.

In spite of the humor, fans showed legitimate concern regarding Gibraltar’s state. The legend began season three with a buff that increased the speed at which players used healing items within the dome shield, but also increased its cooldown. Now, he’s able to revive teammates faster inside his protective dome.

Users are concerned about his apparent hypertrophy and that he may occupy a space that was previously Lifeline’s. He has a dome of protection that closes off an area from enemy fire and ordnances, and creates a safe space for healing, reviving, or just regrouping. Lifeline’s shield is considerably smaller, but can be deployed whenever a teammate is downed.

At the same time, Gibraltar is loaded with the sturdiness inherent to his design as a Shielded Fortress. To counteract his large hitbox, the legend takes 15 percent less damage and isn’t slowed down by bullets. He carries an arm-mounted gun shield that can absorb bullets and grenades. Lifeline, on the other hand, has the Low Profile passive skill to offset her smaller hitbox, which increases incoming damage by five percent.

Parts of the community also disagreed with Respawn’s decision to buff Gibraltar and overlook legends such as Mirage, Bloodhound, and Octane. A fanmade survey revealed that 91 percent of players think the holographic trickster could use some balancing, followed by Bloodhound, Crypto, and Octane. The latter received a few buffs to his drone with the latest update, but the rest of the characters are still untouched.